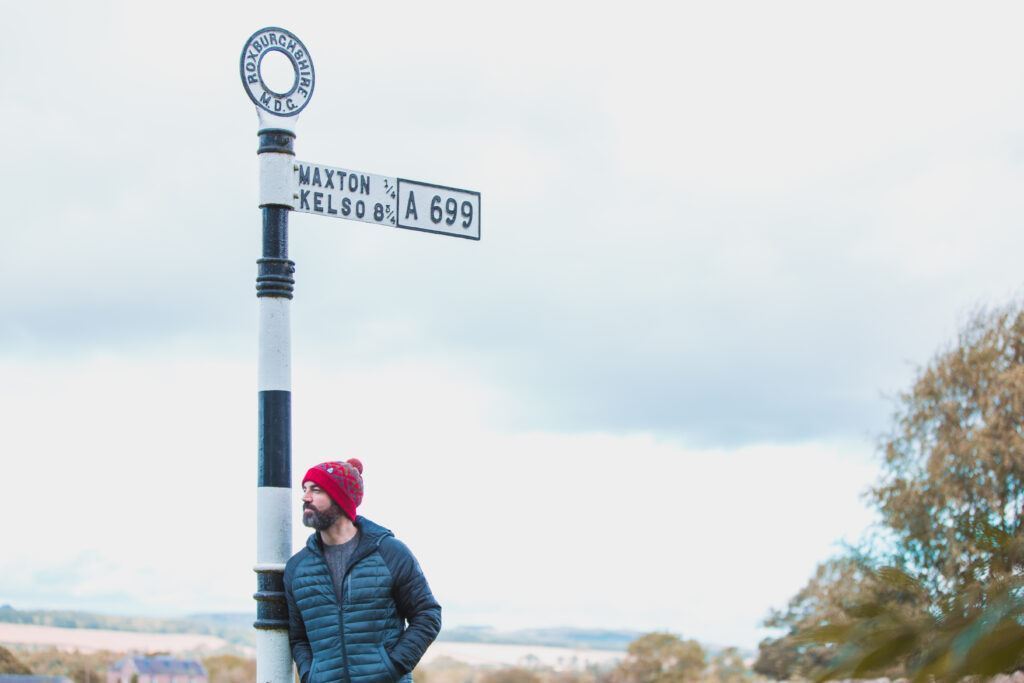 Scottish Borders history is rife with cattle rustling, pillaging, and plundering – all thanks to the infamous Border Reivers. It was a lawless time among the Anglo-Scottish border counties, dating back to the 13th century.

The Reivers Road is a virtual tour guide that uses the GPS signal in a smart phone to tell the history of the Scottish Borders. It consists of 6 different routes. The course itself when displayed on a map resembles an eagle, a nod to the reintroduction of Golden Eagles across the Borders and Dumfries & Galloway area.

Inspired by the route, we’ve highlighted some of the landmarks that are situated along each of the 6 different trails.

Hawick via Newcastleton to Langholm

Located near Liddesdale is Hermitage Castle – a 14th century ruin with a rather gruesome history. The castle is strategically positioned only 5 miles from England. I visited the castle earlier this year on a rather murky day. The impressive size of this landmark combined with the weather certainly added to the eerie, unwelcoming atmosphere!

Langholm via Ettrick to Selkirk

Dating back to the 16th century, the Three Brethren are a trio of stone built cairns standing 10 foot tall. They were built to mark the boundary between Yair, Philiphaugh, and Selkirk. Our Ettrick collection and the Yair Brethren hat were inspired by the earthy colours found in the surrounding areas of the Ettrick trail from which they received their names!

Selkirk via Moffat to Peebles

Situated in the Yarrow Valley is St Mary’s Loch, the largest natural loch in the Borders. It was created by a glacier during the last ice age and spans over 3 miles. The beauty of the loch drew attention from many Scottish poets, including the likes of James Hogg and Sir Walter Scott.

Peebles via Lauder to Kelso

On this route you can expect to see the Eildons, a familiar landmark to many in the Borders. Accessible from Melrose, the three summits stand over 400 metres high. At the top, there are surrounding views of the Lammermuirs, Moorfoots, and Cheviots (on a clear day!).

Kelso via Duns to Coldstream

If there is one thing we are short of in the Borders, it’s definitely not castles! In a perfect location with great surrounding views, Hume Castle is one of the most defensive strongholds in the Scottish Borders. The original castle was built in the 13th century and partially rebuilt in the 18th century.

Coldstream via Jedburgh to Hawick

Jedburgh Abbey is one of four abbeys located in the Scottish Borders. It was built back in the 1100’s and established by the Scottish Prince, David I. On display in the visitor centre are stone carved fragments such as crosses and an ivory comb which is thought to date back to 700’s and 1100’s.

End of the road.

A few of the landmarks we’ve highlighted are well known to Team Wonky, we even pass a few on our daily commute! The Reivers Road is a great way to get around the Borders, discovering new spots and learning the history of those we might see everyday.

The Reivers Road app will launch on the App Store and Google Play.