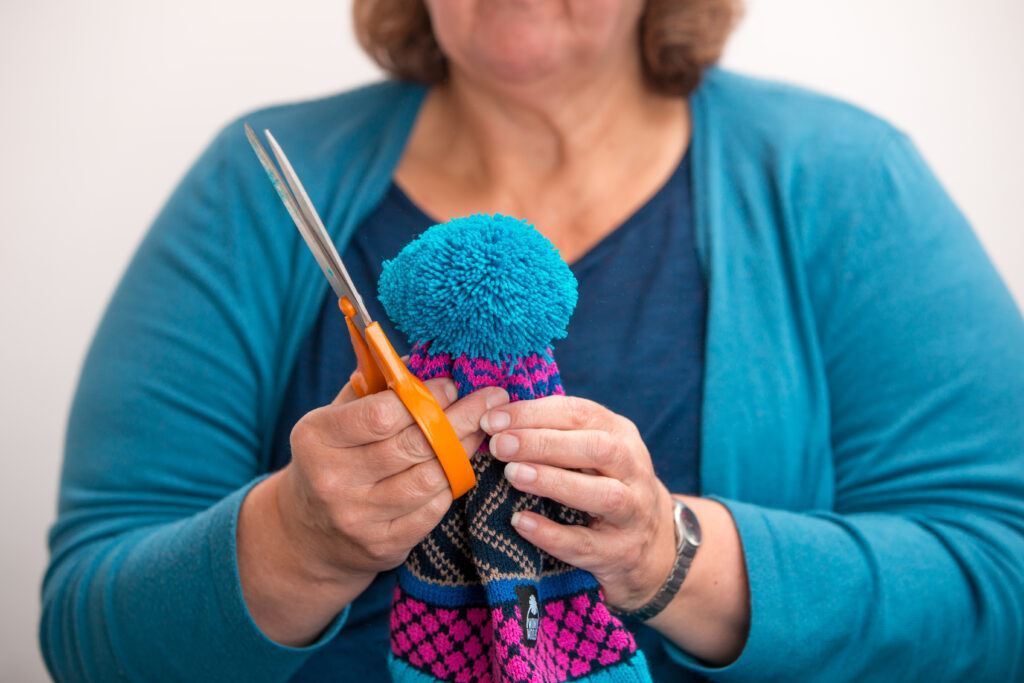 The history of the pom.

Like a cherry on a cake, no bobble hat is complete without a pompom but does anyone really know why or when poms came to be? I’ve done a bit of digging and this is what I’ve found out!

How to make a pompom.

These pompom makers are super easy to use and can be found in any craft shop or on Amazon.

Start by wrapping yarn around one side of the maker until the arch is full then close it back into the circle. Repeat this process on the other side.

Next, cut both sides of wrapped yarn down the middle. Make sure you do this carefully as it’s not yet fully secure.

Finally, tie a long length of yarn around the circumference to secure. This is the yarn that you’ll use to attach it to your product, so make sure you’re generous. Once tied, you can open the arms of the tool and hey presto, you’ve made a pompom!

For quirky variations, try mixing up your yarn in texture, weight, and colour to create a funky, unique pom. Another option is to go way back to school and cut two discs from a cornflakes packet. Thread the yarn through the hole, wrap and repeat. It does take a while but who doesn’t love a bit of nostalgia crafting?

We love coming up with new colours of pompoms to adorn the top of our hats, have a look at the variety in our range of bobble hats.

Tags: bobble hats, crafting, handmade, how to make, knitted hats, knitwear design, made in scotland, Made in the Scottish Borders, pompoms, wool, workshop