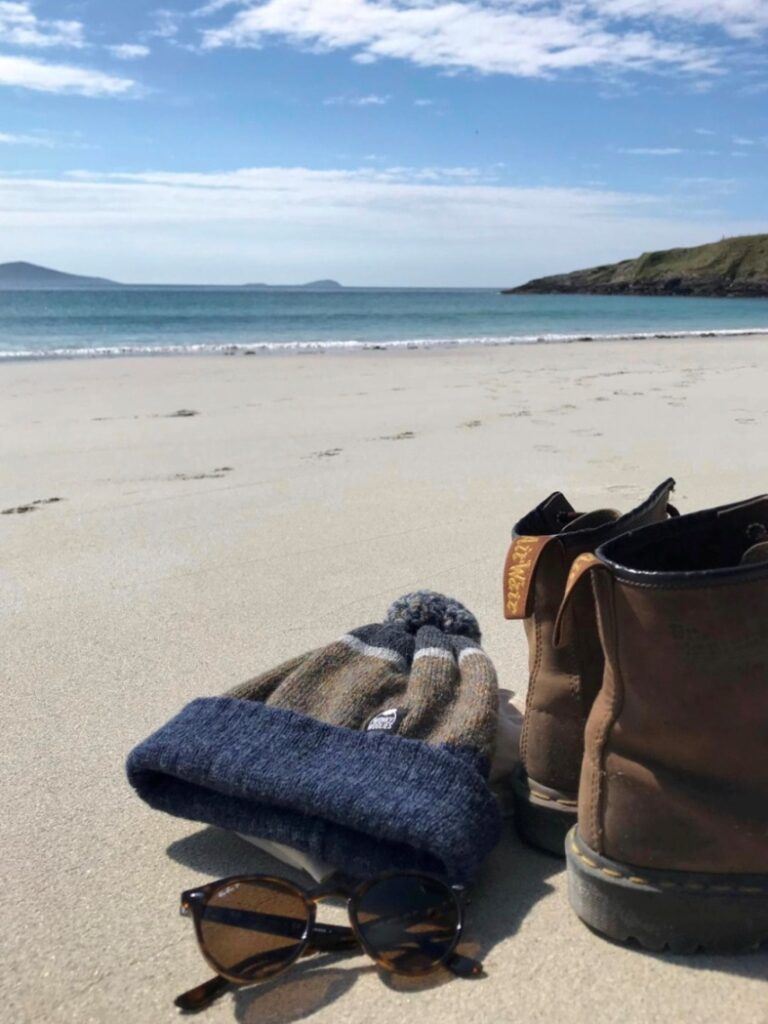 Spanning 516 miles, take in the stunning coastal scenery that Scotland has to offer on the North Coast 500.

It all started in 2015 – a concept that was created in order to benefit local businesses and tourism in the highlands. The route runs through the counties of Inverness-shire, Ross & Cromarty, Caithness and Sutherland. The North Coast 500 official website has an interactive map with which you can plan your trip.

The route starts in Inverness and heads for Applecross, Loch Torridon, up to Durness, and reaching John o’ Groats before heading back down to Inverness. Most guides follow this route travelling in a clockwise direction but advice from a few friends suggest working anticlockwise – starting up the east coast first makes for a more impressive journey!

Whether its on two wheels or four, this road trip attracts tourists and travellers from all over the world. The official North Coast 500 website has put together nine itineraries that will suit all travel plans – for the castle enthusiasts, the thrill-seekers and for those who wish to eat and drink their way along the route!

High season begins in May with things quieting down in October. During these months, the chance of good weather is greater and most hotels and B&Bs will be open. However the single track roads and larger volume of traffic makes travelling difficult.

Watch out for the infamous midges too! They love warm damp conditions and numbers are at their highest between late spring and late summer. There is even a Scottish Midge Forecast for the wee beasties!

Travelling the route outwith the busy season will make for a more interesting experience. There is a greater chance of having the beautiful beaches and open road to yourself. No midges too! But make sure to book your accommodation ahead of time as some places may shut over winter months.

We’ve put together a list of some of the highlights you will encounter along the North Coast 500 route.

Meaning ‘pass of the cattle’ in Gaelic, Bealach na Ba is a notorious single track road full of twists and turns leading into Applecross. It is the steepest ascent of any road climb in the UK and the third highest road in Scotland. The sign at the foot of the road even reads ‘not advised for learner drivers’. Not for the faint-hearted!

Once you’ve made your way across the Bealach na Ba, you will find yourself in Applecross. Locally known as ‘the street’, this village is one of the earliest settled parts of Scotland with views across the bay to Skye and Raasay. Stop in at the Applecross Inn for fresh seafood and live music in a traditional pub setting.

On the shores of Wester Ross is Gairloch – meaning ‘short loch’ in Gaelic. Catch the boat from the harbour to join a marine wildlife cruise in the hopes of spotting some whales. Gairloch and the surrounding coastline are part of the Hebridean whale trail and there have been many sightings of minke whales, dolphins, and orcas. Make sure to pay a visit to the Badachro Inn to enjoy the menu full of locally caught seafood and wash down with a pint of An Teallach.

Halfway between the village of Ullapool and Durness, is the small village of Scourie. Due to its location, there are palm trees growing in the gardens of Scourie House all thanks to the warm currents of the Gulf Stream! The nearby island of Handa is home to puffins, guillemots, and razorbills. The stunning sandstone cliffs are the breeding ground for 100,000 seabirds each summer. To visit, catch the pedestrian ferry from Tarbet – only 3 miles north of Scourie.

Set into the limestone cliffs in Sutherland, is Smoo Cave – one of the largest entrances to any sea cave in Britain. At 50ft high, it was formed by an underground burn which runs down into the rear chamber along with erosion from the sea. The name is thought to have originated from the Old Norse ‘smjugg’ or ‘smuga’ meaning hole or hiding place. To explore the caves for yourself, there are guided tours running from April to September.

Situated in the county of Caithness, Thurso is the most northerly town in Scotland. A popular destination for surfers due to the choppy waters year-round, Thurso has hosted surfing championships along with the World Championships for kayak surfing. Old Norse for ‘river mouth’, the town has long been a thriving fishing port dating back to the age of the Vikings.

Thurso is also home to the Coo’s Tail Gallery, an art gallery and gift shop stocking contemporary Scottish artists and designers. The gallery also stocks a collection of our Wonky hats, scarves, and headbands!

Contrary to popular belief, John o’ Groats is not the most northerly point of mainland Britain – it’s pipped to the post by Dunnet Head located 11 miles away. However, it’s famous for being the starting/finishing point for End to End journeys as it is located 874 miles from the most southerly point, Land’s End in Cornwall. The name originates from the Dutchman, Jan de Groot, who ran ferries from the mainland over to the Orkney, 6 miles away.

Ben Bhraggie is a 397 metre hill located on the east coast in the county of Sutherland. Perched on the summit is a 100 foot statue of the Duke of Sutherland or to the locals, ‘The Mannie’. The statue which has been standing since 1837 and has caused quite a bit of controversy. Several attempts have been made to destroy the statue, due to the Duke evicting thousands of tenants to make way for sheep farming in the early 19th century. Both coasts of Scotland can be seen from the top of the hill on clear days.