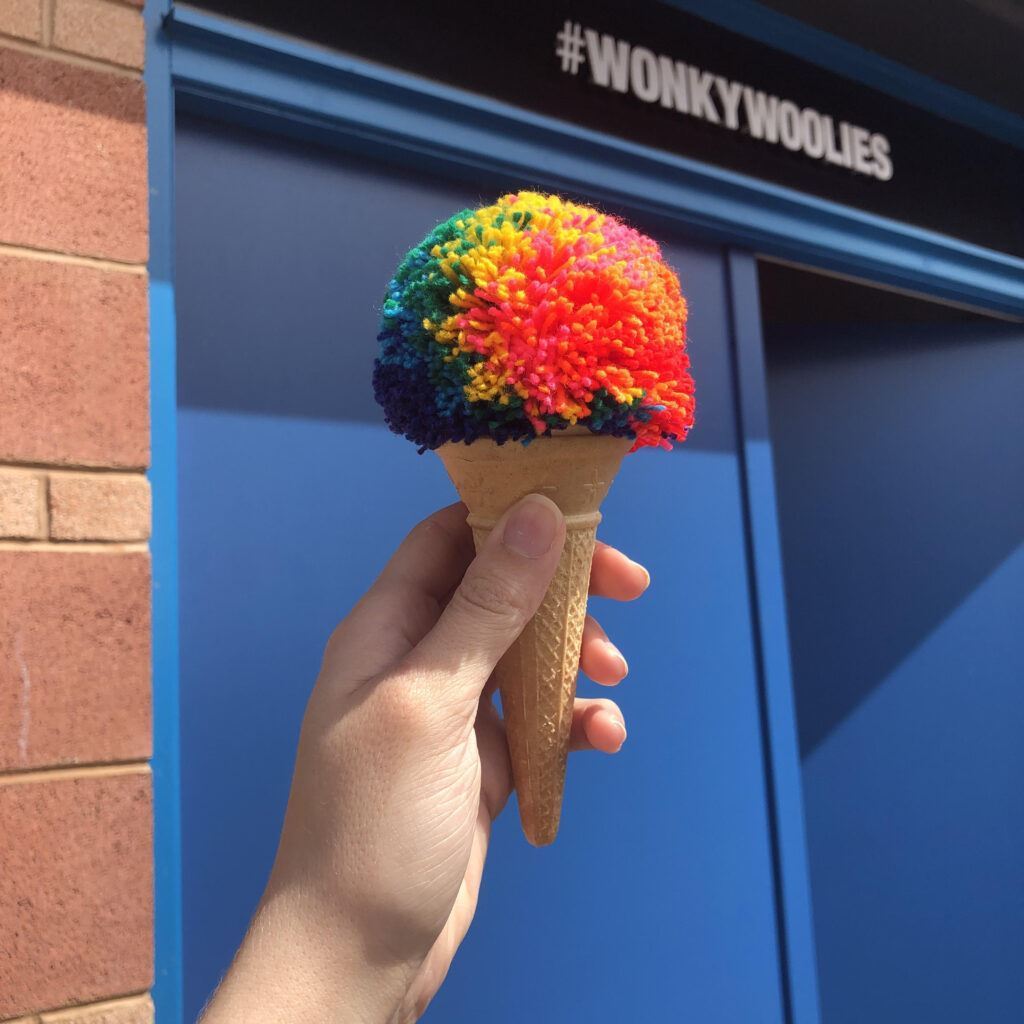 With temperatures rising dramatically across the UK, it looks like summer is here! Forecasters predict that today, 25th July, could be the hottest day ever on record – with temperatures reaching 38°C in South East England. This means it’s definitely ice cream time in our book!

As July is also National Ice Cream Month (who knew such a thing existed?) we have compiled a list of ice cream spots to visit during the heatwave. Best be quick before they sell out!

Based in Galashiels, Over Langshaw is a family-run dairy farm that has been producing luxury ice cream and sorbets for over 7 years. Not only do they supply restaurants throughout Edinburgh and the Borders, Over Langshaw have their own renovated police box which can be found in the Grassmarket! A few of their mouthwatering flavours include Strawberry & Coconut, Whisky & Raspberry Ripple, and Rocky Royal Mile!

Situated on Eyemouth’s harbour front is Giaccopazzis. A chip shop, restaurant, and ice cream parlour all rolled into one which has been running since the 1900s. Whether its in a cone, a tub, or Knickerbocker Glory, there is a flavour of ice cream to suit everyone. All made fresh on the premises, check out their traditional flavours and a few more adventurous ones like Turkish Delight! If you are having a wedding or special birthday, Giaccopazzis even have an ice cream cart available for hire!

Next on the list and dating back to 1908 when Luca Scappaticcio opened up his first gelato parlour in Musselburgh, is S. Luca. Still using the family’s 100 year old recipe, S. Luca’s has an extensive list of ice creams and sorbets such as Honeycomb, Rocky Road, and Irn Bru to name but a few. Not only are there sweet treats on offer but all day breakfasts and more savoury bites are available on the cafe menu. S. Luca also make bespoke ice cream cakes for all events. What could possibly be better than combining cake with ice cream?

This next spot is a retro milk bar which can be found in the Grassmarket, Edinburgh usually with a queue weaving out the door. A good sign for sure! Popular between the 1920s and 1960s, National Milk Bars were introduced by the government as a way to nourish the population with fresh milk after the world wars. Every morning, Mary makes all the gelato and sorbets so the menu is ever-changing! Her flavours are a little on the unusual side but exciting nonetheless! During the Fringe festival The Milk Bar has been known to sell out early so make sure you get there fast!

Located in Wooler is the Doddington Milk Bar which was first opened in the 1930s by a local dairy farmer. A favourite spot for walkers and cyclists, the milk bar is a handy stop-off point between Newcastle and Edinburgh. Doddington Dairy has been based in Glendale valley in North Northumberland for over three generations. The dairy farm produces ice creams, cheeses and yogurts all from their own milk. On the menu you will find milkshakes and ice cream floats alongside some light bites.

If you love our rainbow pompom ice cream, have a look at it atop our super colourful unicorn hat! This is a bobble hat to stand out in, made right here in our Kelso workshop. The large kids size actually fits a small adult head perfectly, so you step out matching your little pal.